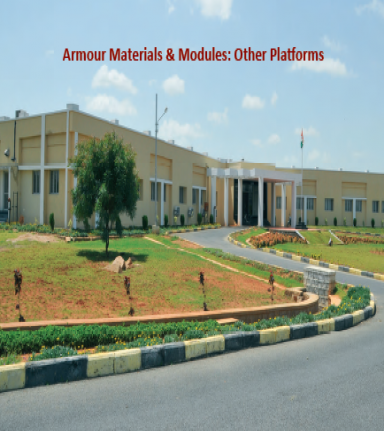 DMRL has also developed indigenous ceramic armour, which is substantially lighter than imported steel armour, for Mi-17-1V helicopter. This armour fulfilled desired specifications of the Indian Air Force, which accorded provisional clearance for its use in helicopters. The technology has been transferred to MIDHANI and production has commenced. DMRL is also working on the development of lightweight ceramic armour for Light Combat Helicopter (LCH).

Body Armour DMRL has developed and delivered Jackal body armour for the military and paramilitary forces to protect the precious lives of our jawans from the threat of small arms fire. The development of Jackal steel has filled a major gap in meeting the strategic and critical security requirements for bulletproof applications. The Rakshak Jackets, made of Jackal steel, are found to be far more effective in trapping bullets of 7.62 SLR and AK-47 rifles when fired from a close range. Thousands of these jackets are already in use, thus saving precious human lives as well as foreign exchange.

Development of processing technology of this steel and fabrication of a few Light Commercial Vehicles (LCVs) at DMRL, followed by successful user trials by the Paramilitary Forces, have also paved the way for the production of bulletproof vehicles, indigenously. 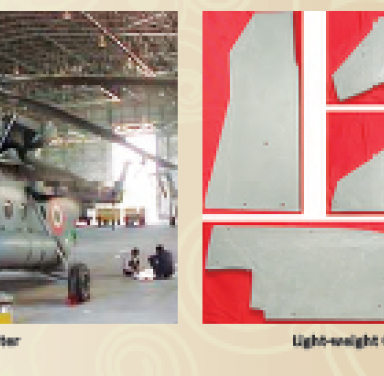 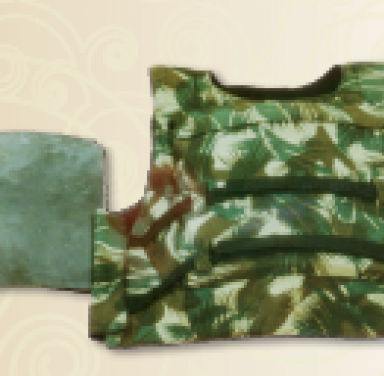 Armour Materials & Modules: Other Platforms
Back to Top