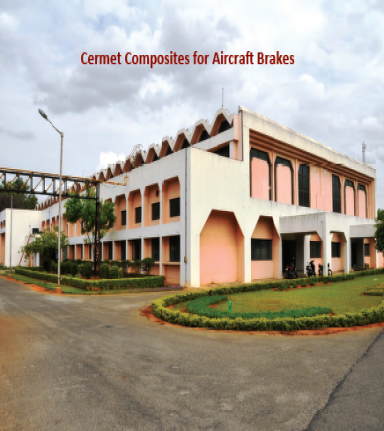 It is friction that stops aircraft safely after landing. This friction is generated by mating the brake pads with bimetallic sectors. A superior, indigenous version of brake pads for the MiG-21 fighter aircraft was developed, in which the rotor pad is a powder metallurgy product of metallo-ceramic composition with a high coefficient of friction and the stator pad is an alloy cast iron bimetallic. Based on the technology developed by DMRL, a full scale production plant was set-up at HAL, Hyderabad, for the rotor segments, and at HAL, Bengaluru, for the stator pads.

Friction materials have been developed and productionised for other aircraft, viz., the HS-748 Dornier, etc., as well. The technology for iron-based friction clutch pads for the synchronised power transmitting gear of marine turbines of the SNF class ships has also been developed for Indian Navy. A range of brake units are being manufactured at HAL that meet the entire defence and considerable civilian requirements in the country. 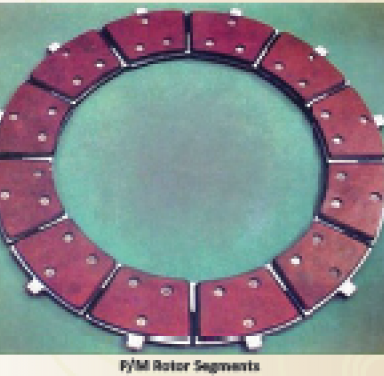 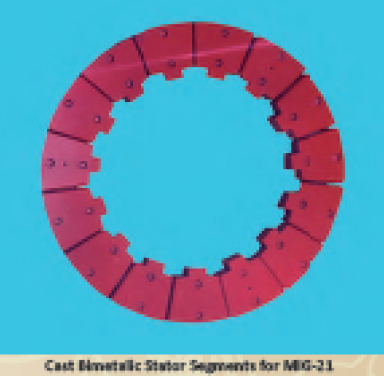 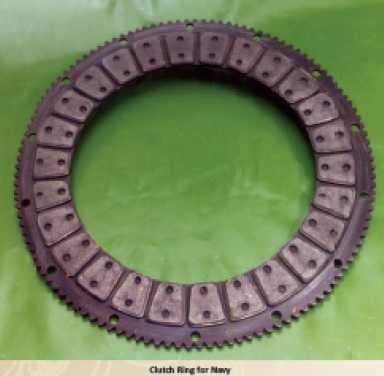 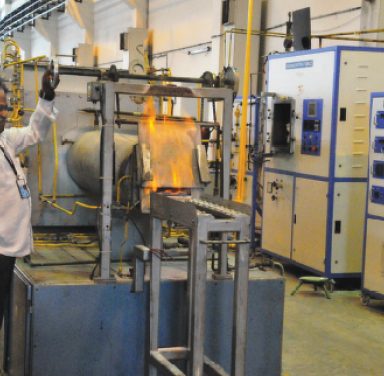 Cermet Composites for Aircraft Brakes
Back to Top