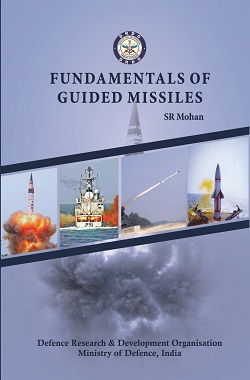 The subject of Guided Missiles encompasses many disciplines and sciences. This publication is intended to provide an understanding of the different parts and how they interact in making up the whole to anyone working in this area. The publication includes within its covers, a detailed description on various topics, which go to make up the subject. It has been written primarily as a text book for scientists and engineers of DRDO , who come from diverse engineering backgrounds who desire to work in the field of Guided Missiles. The chapters cover widely different subjects like Aerodynamics, Control engineering, Propulsion, Flight Control, Missile Kinematics, Radar, Infrared, Guidance and Warheads starting from basics to a reasonable depth, so that the engineers/scientists can take part in meaningful technical discussions on Guided Missile systems. Though it is written with that prime purpose, it will probably be found useful for other students of Aerospace engineering, as well.

Rear Admiral SR Mohan is a post graduate in Physics from Madras University, Chennai. He was commissioned in the Indian Navy in 1955. He was posted to the faculty of Guided Missiles at IAT and rose to the position of Head of the faculty. He was appointed as the Project Director of the Short Range Surface-to-Air Missile 'Trishul' at the Defence Research and Development Laboratory (DRDL), which post, he held till his retirement in 1990. Dr Kalam, in his book, Wings of Fire, stated, 'this sailor-teacher-scientist, can outwit any expert in the country in the field of Command Guidance'. RAdm Mohan has been the recipient of 'Visisht Seva Medal' from the President of India, and the 'Dr Biren Roy Award' from the Aeronautical Society of India.