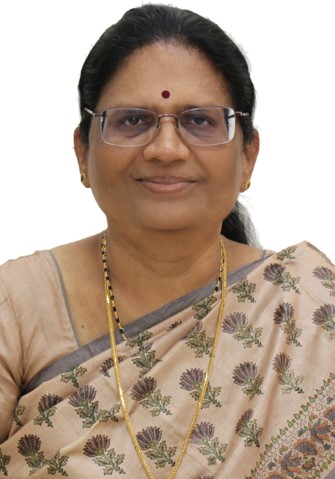 Dr K Rajalakshmi Menon joined DRDO as Scientist B at Aerospace Surveillance Warning and Control (ASWAC), erstwhile Centre for Airborne Systems (CABS) in 1988 after her MSc in Computer Science from University of Poona. She further obtained her Masters in Engineering in the area of Clutter Characterisation from Airborne Platformand a PhD in the area of Target Recognition from Department of Aerospace Engineering, Indian Institute of Science.

As Team Leader for the Clutter Characterisation Project, she was instrumental in integration and flight testing of a radar on an aircraft for the first time in the country. During initial stages of her illustrious career, her contributions have been in the field of Airborne Radar Performance Analysis,design of Ultra-Wideband Radars andSystem design and Simulation, System Test and Integration for the Airborne Surveillance Platform (ASP) Project and in Management Information System (MIS) as Project manager.

She has played a pivotal role in the design, development, integration, testing and delivery of indigenous Airborne Early Warning & Control System (AEW&C). In the AEW&C Program, she took up many leadership roles; as Deputy Project Director and Project Director for System Engineering (SE), System Test and Integration Rig (STIR) andGround Exploitation System (GES)and design & development of Command and Control (C2) functions, viz., Threat Evaluation, Weapon Assignment, Intercept Controland Guidance for Battle Management to enable Network Centric Operations of AEW&C. The C2 functionalities meeting the IAF tactics has been developed for the first time in the country. She has been pioneer in evolving the platform requirements for the AEW&C role and managing the interfaces for the complex system of systems program and leading the aircraft integration, operation and maintenance activities. As, coordinator for indigenous datalinks development, she has successfully demonstrated the communication capability between AEW&C and Ground Exploitation System meeting the operational role.

She rose to the post of Associate Programme Director (AEW&C) in 2015 and led the System Engineering, Mission System Integration and Flight Testing, which culminated into induction of AEW&C system into IAF, in Initial Operational Capability (IOC) configuration in Feb 2017. She led all the flight test campaigns of AEW&C from 2013 to 2017. As System Engineer of AEW&C, she applied the principles successfully from concept to delivery, resulting in India becoming the fifth country in the world to have an indigenous AEW&C system.

After the successful induction of AEW&C in IOC configuration, she led the design and development of Imaging Radars for UAVs, Fighters, Satellites and manned platforms during her brief tenure at LRDE, Bangalore from Jul 2017 to Jan 2019, wherein introduced novel technologies for developing very high resolution Synthetic Aperture Radar(SAR). She was also the Associate Director at LRDE.

Subsequently, as Associate Director, CABS, she led various projects and programs on Air to Ground Surveillance, specifically towards developing the technologies for Intelligence, Surveillance and Reconnaissance (ISR). She has been the Project Director for ISR Project and Program Director-Designate for Intelligence, Surveillance, Targeting and Reconnaissance (ISTAR) Program for IAF and for a similar program for NTRO. In these projects she has guided the teams towards design and development of IMINT analysis for defence using AI/ML/DL technologies.

She has published several scientific papers in National and International Journals, Seminars & Conferences.

She is member of Institute of Council of System Engineers (INCOSE), Senior Member IEEE and Chairperson, IEEE AESS, Bangalore Chapter, Fellow of IETE and Life Member of Aeronautical Society of India(AeSI).

She isa recipient of Laboratory Scientist of the year Award in 2006, Technology Group Award in 2008 for Mission System Controller Development, DRDO Award for Path Breaking Research for developing critical technologies for AEW&C in 2012, DRDO Scientist of the year Award in 2015 andDRDO Technology Group Award for the design and development of Intercept Control and Battle Management System for AEW&C in 2018.

She is also a recipient ofOutstanding Women Scientist/Technologist/ Engineer Award for2018 from Aeronautical Society of India and Distinguished Alumni Award for 2019 from the prestigious Indian Institute of Science.She is one of the 51 Women Achievers in STEM, all over India and is profiled in e-book launched by Confederation of Indian Industries (CII) in 2021.

Memberships
Back to Top