Agni Award for Excellence in Self Reliance 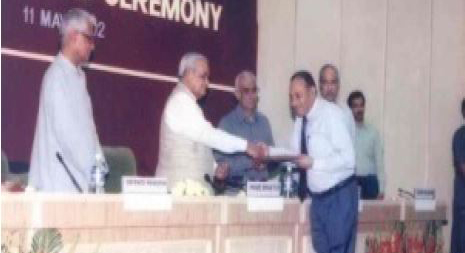 Agni Award for Excellence in Self Reliance 2007 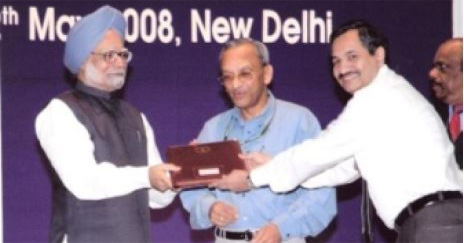 Dr. VC Padaki, Director, Scientists and team members of project Combat Free Fall Parachute System was conferred with the Agni Award for Self Excellence 2007 for the successful completion and induction of Life support Systems for Combat Paratroopers, on 12 May 2008 on National Technology Day.

Agni Award for Excellence in Self Reliance 2008 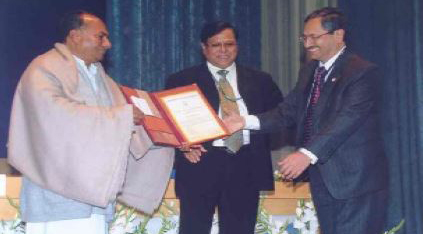 Dr. VC Padaki, Director, Scientists and team members of Under Water Technology Group were conferred with Agni award for Self Reliance 2008 for the successful development of Submarine Escape Set. Hon. Defence minister Sri AK Antony conferred the award to Director during the directors conference at Vigyan Bhawan, New Delhi on 23 Feb 2010. 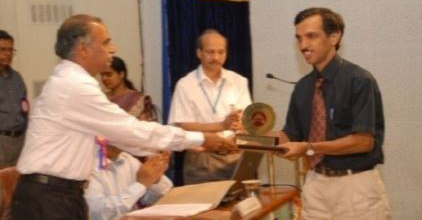 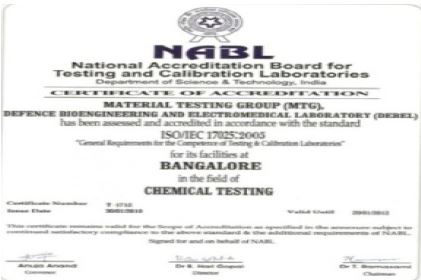 DEBEL has been granted accreditation to National Accreditation Board for Testing & Calibration Laboratories (NABL) in accordance with ISO/IEC 17025:2005 for Chemical Testing with effect from 30 Jan 2010. 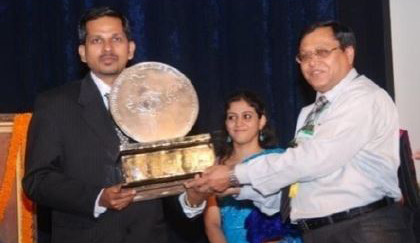 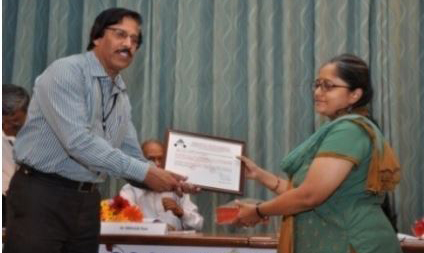 The Indian Society for Advancement of Materials and Process Engineering (ISAMPE) for Outstanding Design/ Process development - 2011 to Smt. SN Vijayalakshmi Sc 'E' and team during the 25th Annual General Body Meeting at NAC on 29th July 2011. 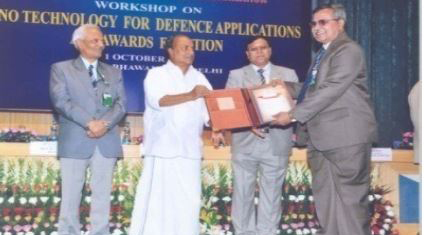 DRDO Scientist of the Year Award for the year 2012 for his outstanding contribution in the field of Aeromedical Life Support Technology for fighter & transport aircraft was conferred on Dr. PP Krishnapur, Sc 'G' in Oct 2012.. 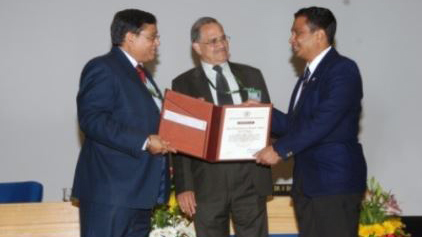 The Best Performance Award 2011 for providing excellent secretarial support to the Director in his techno managerial work was conferred on Shri N Hoysala, PA ‘C’ on 20 Mar 2012. 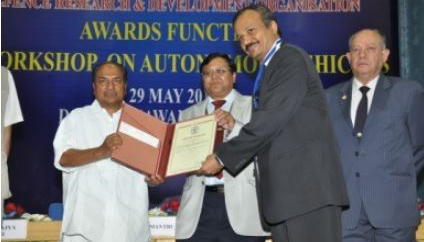 DRDO Scientist of the Year Award for the year 2013 for significant contributions towards the design, development, certification and induction of technical textile based protective clothing for fighter pilots of Indian Air Force and Protective Equipment for other Services was conferred on Dr. TM Kotresh, Sc 'F' in May 2013.

Dr Jayanth Daniel, Sc 'D' was awarded the best Young Scientist for the year 2014 for his meritorious contribution towards Design and Development of SpO2 based Wearable Oxygen Controller System during the Brig SK Mazumdar Memorial Lecture held in Delhi on 17 November 2014. 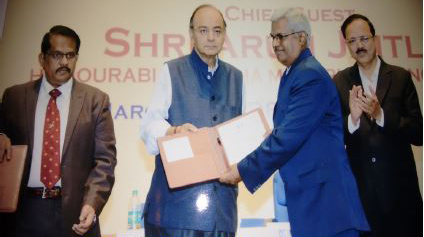 The Scientist of the year Award for the year 2015 was conferred on Dr NS Kumar, Sc F by Sh Arun Jaitley, Hon'ble Defence Minister, on 24 Feb 2016 for his significant contribution towards Design, development and large scale induction of NBC Protection Equipment, and establishing unique test setup for evaluation of materials and filters to ensure safety of individual onboard underwater vessels.

Design & Development of appropriate, affordable and accessible External Counter Pulsator as an alternative to Interventional Cardiology by adapting the defence technology of Anti-G Suit and Anti-G Valve combination developed to ameliorate the effect of G-forces encountered by the Fighter Pilots. 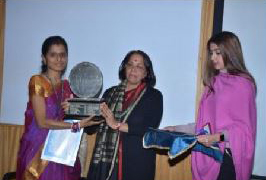 Mrs Sugunashree, Sc 'D' was awarded the best Young Scientist Award for the year 2017 for her meritorious contribution towards ''Electronic Control Unit for ILSS'' during the Brig SK Mazumdar Memorial Lecture held in Delhi on 13 November 2017.