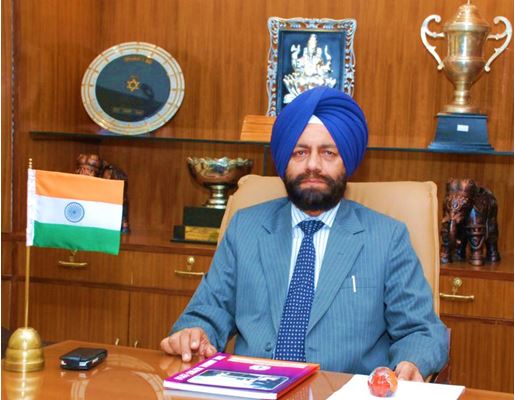 Dr. Manjit Singh, Distinguished Scientist (DS) is a well-known science and technology expert in the field of detonics of high explosives and dynamic shock compression of the materials under high pressure.  He is a physicist and has completed his M. Sc., M. Phil. and Ph. D. degrees in Physics from Panjab University, Chandigarh. He has been working in the field of Shock wave physics, different niche uses of detonics properties of high explosive in order to direct its power to obtain desired results. This sophisticated use of explosive has made India self-reliant in development of state of the art warhead systems.

He is leading TBRL as Director, since 29th July 2011. He joined DRDO on Dec 10, 1984 as Sc 'B' in Terminal Ballistics Research Laboratory (TBRL). Under his leadership, TBRL is achieving greater heights in the field of development of modern warhead systems, establishing world class test and evaluation facilities including explosive processing facilities. Under his guidance, the laboratory has expanded the research and development base into many new areas like tactical warheads, pulse detonation systems, fuse technologies, high power micro-wave systems, state of the art diagnostic facilities and other futuristic weapons technologies etc. He also initiated a number of collaborations with academia like IITs, NITs, Universities and other national research laboratories in many futuristic systems like green energetic materials, Nano technology-based armour systems, photonics for detonics etc.

He has published more than 80 papers in national / international journals and conference proceedings and was deputed abroad several times to present his research work in International Symposia and Conferences to Israel, UK, USA, Japan, Russia etc. He is supervising many students for post graduate and doctoral degree levels also.

For his contributions in defence R & D, he received a number of awards, which are as follows:

Under his leadership, TBRL has transferred Multimode grenade, Bund Blasting Device, less lethal ammunition, low intensity conflict related armoury and many types of explosives to ordinance factories and private armament productions organisations. He was appointed Chairman of Indian standard for body armour by Niti Ayog, which was released by BIS recently. He was also appointed as member of the committee of MHA to find alternatives to pellet guns for crowd control during Kashmir unrest.

He holds memberships of eminent international scientific bodies as below:

While in the Director's chair, he got promotion to Outstanding Scientist (OS) on 1st October 2013 and Distinguished Scientist (DS) on 26th October 2016.
Back to Top