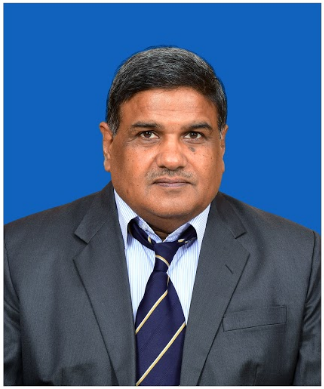 He is Gold medalist from Motilal Nehru Regional Engineering College, now known as NIT, Allahabad. He has completed his B.Tech in year 1984 and joined DRDL as Scientist.

He did his Master degree in "Advanced Manufacturing Technology" from Cranfield Institute of Technology U. K. in year 1992 and Ph.D in "Production Engineering" from Bharthiar University, Coimbatore in year 2007.

He has more than 30 years of experience in prototype fabrication of missile hardware, development of manufacturing technologies and processes. He established state of art manufacturing facility at DRDL. He has significantly contributed in technology transfer for productionisation of missiles hardware like propulsion and airframes to industries.

Earlier, he was Project Director Hypersonic Wind Tunnel and Programme Director PJ-10. As a Project Director, he was responsible for setting up large size Hypersonic Wind Tunnel Facility at Hyderabad. He had been assigned the tasks of development and indigenization of various BRAHMOS missile subsystem as a Programme Director PJ-10. He was also responsible for building the integration infrastructure for missile integration and identify and transfer technologies for production of BRAHMOS missile.

He is recipient of Swarna Jayanthi Award of Aeronautical Society of India. He has published more than forty papers in international journals and conferences. He has evaluated Ph.Ds thesis from Anna University, JNTU Hyderabad, Osmania University and NIT Warangal.