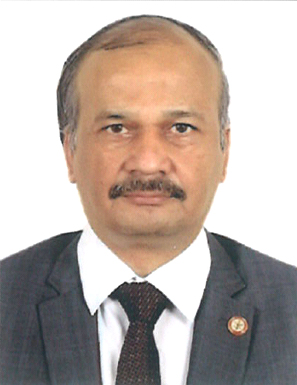 Dr TM Kotresh, Scientist ‘G’ took over the charge of Director, DEBEL, DRDO, Bengaluru with effect from 01 July 2021. Dr TM Kotresh joined DEBEL in the year 1988. He completed his post-graduation (Textile Technology) from Anna University in 1987 and was awarded Doctorate in Textile Technology from IIT, Delhi in 2010. His area of specialisations include design & Development of Life Support Systems & Protective Equipment for Armed Forces with special reference to Aeromedical, Bio-medical, NBC Technologies & Underwater technologies.

He has worked extensively in the design and development of Protective clothing and equipment based on Technical Textiles for the varied and inhospitable environments faced by the Armed Forces and the Para-military forces. The nature of the work involves activities starting from initiation and culminating in the induction of the protective solutions.

He has made significant contributions towards the design, development, certification and induction of Technical Textiles based Protective Clothing for fighter pilots of Indian Air force and Protective equipment for other Services, Electronically heated clothing, Design and development of Submarine Escape set, Design and development of Combat Free Fall Life Support system and the Individual Underwater Breathing Set for the Indian Army among others. More recently, he has spearheaded DEBEL’s COVID relief efforts towards manufacturing, installation and commissioning of the Medical Oxygen Plants in the country under the PM-CARES fund as mandated by the DRDO HQ.

He has over 33 years’ experience of managing R&D projects in a system-oriented Life Sciences laboratory like DEBEL which inherently carries with it responsibilities of man-management & working with heterogenous/diverse teams (in terms of discipline/subject, hierarchical levels & orientation) apart from managing other resources.

Dr TM Kotresh is a recipient of the following awards:

Defence Technology Spin-off Award in 2017 for Design & Development of appropriate, affordable and accessible External Counter Pulsator (ECP) as an alternative to interventional cardiology.

DRDO Scientist of the Year Award for the year 2013 towards the design, development, certification and induction of Technical Textiles-based Protective Clothing for fighter pilots of Indian Air Force and Protective equipment for other Services.

DRDO Agni award for Excellence in Self- Reliance for the year 2010 for Design and development of Submarine Escape Set.

Brig S K Mazumdar Trust, Delhi – Young Scientist Award for the year 2002 for Study of suitability of Non-metallic Materials inside the Habitable Environment of a Military Vehicle.

DRDO Agni award for Excellence in Self- Reliance in 2001 for Design and development of flying clothing and protective equipment.