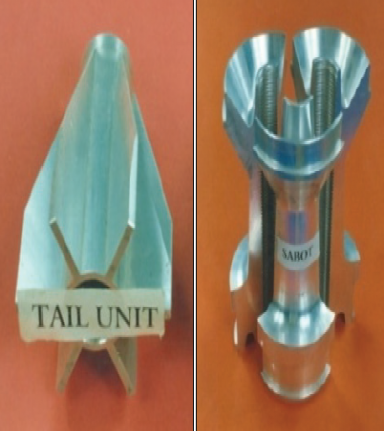 Al‐Zn‐Mg‐Cu base DTD5124 alloy is utilized for the manufacturing of tail fin and sabot components of Fin Stabilized Armour Piercing Discarding Sabot (FSAPDS), an anti‐tank ammunition used by Indian army. Typically, these components are machined out of heat treated (T651) DTD5124 alloy round bar extrusions and hard anodized prior to its use.

The DTD5124 alloy is Direct Chill (DC) cast and subjected to thermal and extrusion processing. The fully heat treated extrusions were machined to manufacture the final components. The components are then subjected to hard anodizing. Hard anodizing provides thermal barriers to the components during exposure to high temperatures for a few milliseconds during firing, and also protects the material against general corrosion during long term storage.

DMRL has indigenized this technology which is currently in use for the manufacture of components of FSAPDS – an anti‐tank ammunition for Indian Army. FSAPDS ammunitions fitted with tail fin and sabot made out of indigenized DTD5124 materials have been successfully test fired. 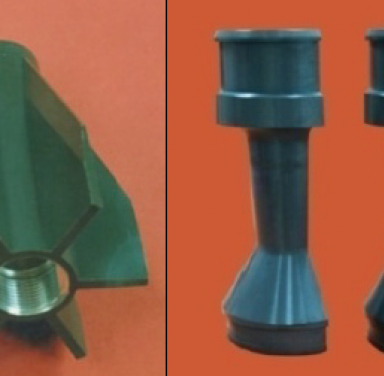 Hard Anodized Tail Fin and Sabot Petals
Back to Top