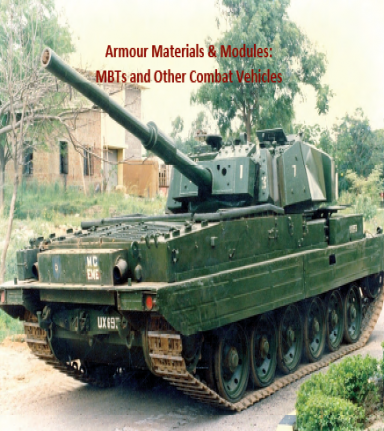 Intense R&D in the area of armour materials at DMRL has generated a few totally indigenous materials and solutions and also provided for timely improvements of armour for imported equipment. More than 40,000 tons of various armours comprising steels, titanium alloys, ceramics and composites have been produced through this effort.

Key developments at DMRL include:

Jackal Steel Armour Development of advanced grade high strength low alloy steel Jackal is a spin-off from a decade long research to develop technology of superior grade steel armour for ICV (BMP-I), Missiles Carrier Armoured Vehicles (MICA) as well as tanks, which are currently under production in the country. Jackal steel was accepted for these applications after a series of tests including user trials of a prototype BMP. The technology of Jackal steel has been passed on to Steel Authority of India Limited (SAIL) and MIDHANI for its bulk production and a few thousand tons of Jackal steel plates have already been manufactured for various requirements. This unique armour, with the active participation of internal security organisations, has been adapted for use on other security vehicles.

Kanchan—The Invincible DMRL has developed a unique composite material, named Kanchan, to be used as armour for MBT Arjun and for up-armouring the existing Vijayanta tanks. In the firing trials, involving a variety of anti-tank ammunition of extreme severity, Kanchan’s performance was highly commended. This world-class armour is being used extensively as the main armour for pre-production series of Arjun Mark-I and also for up-armouring of Vijyanta. 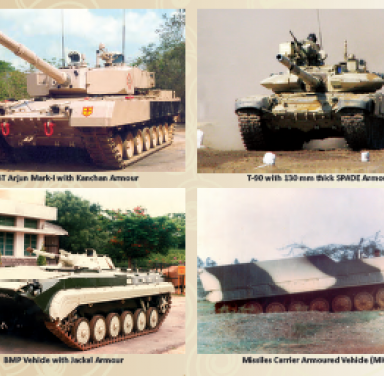 Armour Materials & Modules: MBTs and Other Combat Vehicles
Back to Top