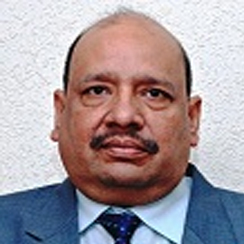 Shri Sudhir Gupta is an Engineering graduate of PEC, Chandigarh (1983) and holds a PGD in Computer Science and applications from Punjab University Chandigarh (1984). He has also attended various specialization courses including at IIM, Ahmedabad and other universities.

He has also visited many of the universities at Unites Kingdom, Netherland, Germany, Russia and Czech Republic.

He has been awarded Agni Award for self Reliance-2012 and seven technology and performance awards. He has 34 Publications to his credit. He is also a fellow member and Chairman of the Aeronautical Society of India, AeSI (Delhi).

The following Directorates/Research Boards have come under DG (TM) cluster :