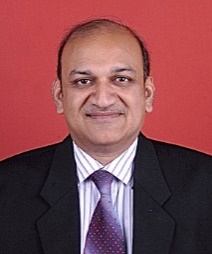 His area of specialization is structural design, development, realization, delivery and deployment of multi-disciplinary large complex systems leading to indigenization. He is a Civil Engg. Graduate from NIT Nagpur and a trained Structural Engineer from IIT Delhi. He has been awarded M. Phil (Defence& Strategic Studies) for his research work on "Self Reliance in Defence Research & Production through Private Sector Participation" during the 51st NDC course. The research work included a "Comprehensive National Mission based on technologically calibrated fixed time frame based, moratorium on import of defence equipment" taking into account the available resources within the country in public private sector, the indigenization and classification of products, based on the technology involved. The study concluded formulating road map for self-reliance in Defence Research and Development identifying the major milestones for achieving the goal of self-reliance in Defence R&D.

He has been associated with prestigious AGNI missile program right from its inception, and was responsible for the design & development of all critical ground support systems which were essential for deployment of different AGNI variants including Rail / Road mobile launch platforms.

He joined DRDO at R&DE (Engrs), Pune in 1986, and is one of the pioneer member of AGNI ground support system development team, initially, in IGMDP and subsequently in Programme SF&D. As Project Director GC&IA2 programme, he led the team towards successful developments of missile launch platform for AGNI variants, viz, AGNI I, II & III. These launch systems are configured on Rail / Road mobile platforms as per the specific deployment strategy for each of the AGNI variants. The critical technologies required for the realization of these multidisciplinary systems are mastered with validation through simulation, rigorous proof testing, extensive field trials, as well as mobility trials. He has been instrumental in devising innovative schemes/solutions and establishing effective interfaces among all stake holders through continuous interaction with various organizations like, Indian Railways, ISRO, CSIR, leading Industry partners, Academia and Users, for development of various critical ground support systems required for operationalization and development of long range strategic missile weapon system. Mother Operating Base at MSC Begedewadi was established to master the deployment technologies, finalization of system with user, operational training & drills for AGNI missile ground systems.

At ACEM Nasik from March 2012 to April 2016 as General Manager, he led the team for successful realization of case bonded rocket motors for ANS Programme for deliverables, static & flight trials. He has successfully geared the team for achieving the rated plant capacity by processing 85T of composite propellant in the year 2013. Large number of motors for project B-05 & K-4 were successfully processed in record time, meeting the pressing schedule by establishing in-house insulation laying facility, production friendly techniques to process large size batches, and optimizing the process parameters, resulting in significant reduction in process lead time. All the motors processed performed flawlessly in various flight trials of B-05 and maiden flight of K4. To further enhance the reach of every indigenously developed missile, processing of propellant having high Specific Impulse with due safety consideration is a critical requirement. Detailed road map has been drawn up to establish all the facilities to undertake processing of superior performance next generation propellant.

Shri Mehta was conferred DRDO Special Award in the year 2014 for strategic contribution towards significant design and development of K4, a Submarine Launch Ballistic Missile (SLBM), DRDO Scientist of the year Award by Prime Minister of India and DRDO Path Breaking Research / Outstanding Technology Development Award in the year 2007. He was a recipient of Technology Group Award in 2006, Lab level Scientist of the Year Award in 2002, DRDO AGNI Award of excellence in self-reliance in 1999& DEMA Appreciation Award 2008.

He is a Fellow and Member of many professional societies.